реклама партнерів:
Головна » 2014 » Лютий » 5 » Oleksandr Yankovych - son of the President of Ukraine, one of the wealthiest businessmen in Ukraine

Oleksandr Yankovych - son of the President of Ukraine, one of the wealthiest businessmen in Ukraine

Oleksandr Yankovych, adentist by training, was born in Donetsk in 1973 and, is currently one of the wealthiest businessmen in Ukraine and the second richest person in Donetsk after Rinat Akhmetov. As of November 2013 Oleksandr Yanykovych’s assets are estimated by Forbes to total $510 million.

The exponential rise of Oleksandr Yanukovych’s business empire occured in 2010–2013, when his father held the post of President of Ukraine. Prior to 2010, Mr. Oleksandr Yanukovych owned only the Management Assets Corporation, LLC (MAK, LLC) with a statutory capital of55 million UAH (less than $7 million).

It is unclear what the origin is of the hundreds millions of cash invested by Oleksandr Yanukovych into his bank over the last three years. It could perhaps befrom activities ofMako Holding, which are described below.

The closeness of Mr. Oleksander Yanukovych to the President of Ukraine allowedUBDto get an array of extremely profitable contracts in 2010–2013 to serve and credit state institutions.

UBD serves Mako Holding company and its subsidiaries, which are either controlled or belong to Mr. Oleksandr Yanukovych.

UBDuses the following intermediary banks for transfers inUSD and Euros:

Mako Holdingis the parent company of about 20 spectacularly successful companies in Ukraine, the Netherlands and Switzerland, most of which significantly expanded in 2010–2013, during the presidency of Mr. Viktor Yanukovych.

In June 2012 the Association was reorganized intothe Public Joint Stock Company Central Enrichment Factory Comsomolska, the ownership of which is divided between 3 companies:

Since November 26, 2013 DRFC LLChas bought all the shares which previously belonged to the other parties.

In turn, DRFC LLCofficially belongs to Sarone Holdings Limited, a company registered in BVI, where the beneficial owner is hidden.
According to anumber of journalistic investigations Mr. Oleksandr Yanukovych has controlled the company since 2010.

Enrichment of excavated coal improves its quality and often coal-mines work with enrichment factories, each of which enriches anaverage of 2–2.5 million tons of coal per year.

In November 2012 the Ministry of Energy and Coal Mining contested the privatizations, claiming that it was illegal to issue more than 50% of state-owned factories’ shares to a private companyDFRC. The commercial court in Donetsk, however, issued adecision infavor ofDFRC, relying on changes inlegislation adopted in March 2012, a few months before the privatization by legislative initiative of the President Viktor Yanukovych.

DFRC has been actively buying coal from so-called «little mines» or«coal pits». According to the data of the Ministry of Energy and Coal, at least 9 mln tons of coal are produced at coal pits, which neither have safe working conditions nor provide social benefits to miners. The coal from pits ischeaper and can bepurchased for 300–400 UAH per ton, versus what the regular coal mines sell for 800–1000 UAH per ton. Taking into consideration thatDFRC sells its coal to the electric stations for 925 UAH per ton, the difference in is a pure profit for DFRC, which when combined with heavy state subsidies enables DFRC to be one of the leading companies in the coal business inUkraine.

According tojournalistic investigations conducted since April 2012 Mako Trading isacting asa guarantor ofexport operations conducted by the Chervona Zirka coal enrichment factory, which belongs to DRFC. During the first quarter of 2013 Chervona Zirka exported about 4300 tons ofcoal toPoland and the Czech Republic at a price of 820 UAH per ton.

Finally, there is one more company called LE MARE, LLC, which could be included in the list of the Yanukovychs’ business structures. Olena Yanukovych, the wife of Oleksandr Yanukovych, is owner of the company with 20 mln UAH of statutory capital. The company allegedly owns a luxurious fitness centre in Donetsk called LE-MAREE. 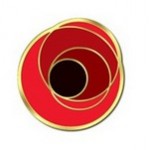 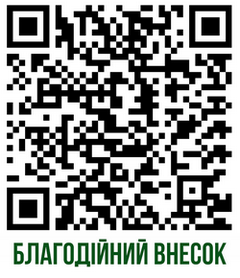 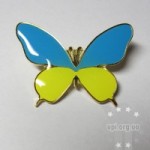 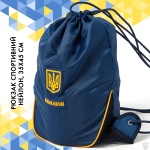